Learn to Program with Minecraft: Transform Your World with the Power of Python 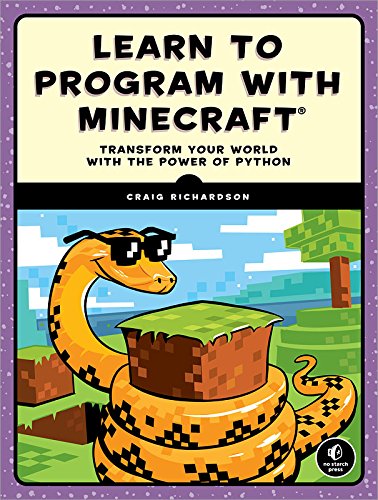 You've bested creepers, traveled deep into caves, and maybe even gone to The End and back-but have you ever transformed a sword into a magic wand? Built a palace in the blink of an eye? Designed your own color-changing disco dance floor?

In Learn to Program with Minecraft, you'll do all this and more with the power of Python, a free language used by millions of professional and first-time programmers!

Begin with some short, simple Python lessons and then use your new skills to modify Minecraft to produce instant and totally awesome results. Learn how to customize Minecraft to make mini-games, duplicate entire buildings, and turn boring blocks into gold.

Whether you're a Minecraft megafan or a newbie, you'll see Minecraft in a whole new light while learning the basics of programming. Sure, you could spend all day mining for precious resources or building your mansion by hand, but with the power of Python, those days are over!