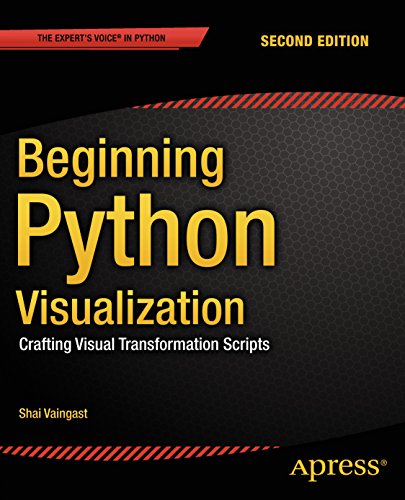 We are visual animals. But before we can see the world in its true splendor, our brains, just like our computers, have to sort and organize raw data, and then transform that data to produce new images of the world. Beginning Python Visualization: Crafting Visual Transformation Scripts, Second Edition discusses turning many types of data sources, big and small, into useful visual data. And, you will learn Python as part of the bargain.

In this second edition you’ll learn about Spyder, which is a Python IDE with MATLAB® -like features. Here and throughout the book, you’ll get detailed exposure to the growing IPython project for interactive visualization. In addition, you'll learn about the changes in NumPy and Scipy that have occurred since the first edition. Along the way, you'll get many pointers and a few visual examples.

As part of this update, you’ll learn about matplotlib in detail; this includes creating 3D graphs and using the basemap package that allows you to render geographical maps. Finally, you'll learn about image processing, annotating, and filtering, as well as how to make movies using Python. This includes learning how to edit/open video files and how to create your own movie, all with Python scripts.

Today's big data and computational scientists, financial analysts/engineers and web developers – like you - will find this updated book very relevant.

IT personnel, programmers, engineers, and hobbyists interested in acquiring and displaying data from the Web, sensors, economic trends, and even astronomical sources.